My friend at We Live In a Flat had notified me via my Facebook page that something was amiss with my website.  She said, “I went to your home page and it has a bunch of words there that I think shouldn’t be there.”  I took a look at my website both on my laptop computer and via my smart phone, but couldn’t see any problems.  That is until I decided last Friday night that I would also take a look at the site via our desktop computer.

There they were, the words that shouldn’t be there, for all the world to see.  Words like Viagra and Cialis, words that have nothing to do with my pet products.   My website had been hacked (but don’t worry, it’s clean now)!

For a moment I felt like I was standing in front of the Lost in Space robot (yes I’m that old).  The accordion limbed metal contraption was wildly swinging it’s arms and yelling danger, danger, just like it did on our 1960’s television set when I was a kid.

I searched for chocolate.

After all, it was Valentine’s Day and that is what I was supposed to be doing, right?  Then I did the next most important thing, and phoned IX Web Hosting.  This is the thing I love most about having my WordPress site self-hosted, and that is having a host that’s available 24/7 by phone.  They immediately wrote up a ticket to clean my site and sent it to their security department.

After talking to them I decided my next step was to better educate myself on what had just happened, and to make some suggested changes.   IX Web Hosting  informed me that websites get hacked often (really???), and that typically the “bad guy” gains access through third party plugins or themes that are not secure.  They told me that I could help by making sure WordPress, my themes, and any of my plugins were updated, and that I also needed to go ahead and delete any plugins that were not going to be used.  Don’t just deactivate them, delete them.  And of course I needed to change my passwords.  So I went to work.  Here is an interesting article about WordPress hacks.

I woke up on Saturday morning feeling a little better about everything, until I received a big red warning message from AVG that my site had been compromised.  Now it was not even accessible, and yet my ticket from my web hosting said my site was clean.

Now where did that chocolate go to? 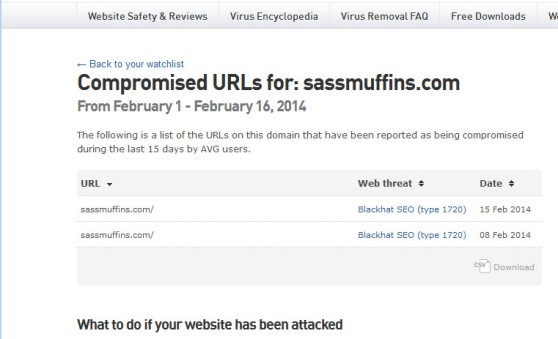 I made another phone call to my host server folks, who assured me my site was clean, but that it had probably been blacklisted by different web security companies (like AVG, Norton, etc.), and they then sent me an email with instructions on how to verify my site through Google so that I would no longer be blacklisted.  I completed the verification portion of those instructions, but the bold red warning still appeared when I tried to access my site.  So I went on another online educational hunt.  This was after, of course, I- 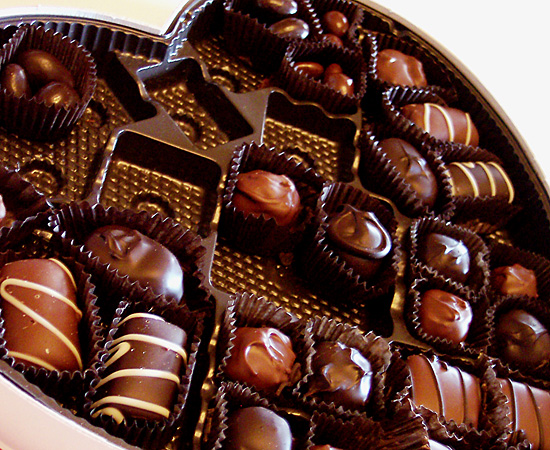 And then I found – eureka! – a company designed just for my current technology nightmare.  The company is Sucuri, and they claim to be the de facto standard in website malware monitoring and cleanup.  And they also remove your reputable site from all the blacklisting that happens after your site has been attacked.  I signed up and had a response from them within 4 minutes.  Seriously.  And they continued to amaze me as we worked through the process together.  Although my host had indeed cleaned my site, these guys helped me get removed from the blacklists (yes, that’s plural, as there are about 7 of them).  They also added their own WordPress plugin, Sucuri Security, to my site.  I also chose to add Wordfence, another great (and free) plugin to assist in protecting my site.

Although I was somewhat reluctant to post this article (don’t want anyone not coming to my site…it’s clean), I also want to help any others who happen to be in this unfortunate situation with their website or personal blog, or who want to strengthen their website against attacks.

Now, I wonder what happened to all that chocolate…

3 thoughts on “Where’s The Chocolate?”