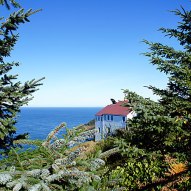 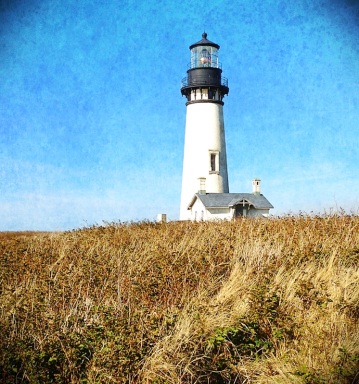 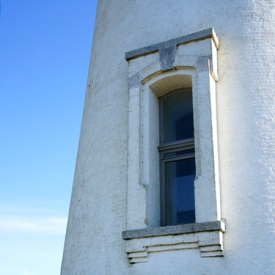 This is the second of a three-part series about my trip to the Oregon coast.  Be sure to enjoy all three parts!

So much to see and so little time!  I just love the road untraveled, and on Day 2 was able to visit some very unique places.  It was a beautiful day full of sunshine and perfect temps with highs in the mid 60’s.  I stopped at plenty of turn-outs along coastal Highway 101 to see (and hear) the ocean, including a stop at Cape Foulweather.  According to the signage, Cape Foulweather was discovered by Captain James Cook, the English explorer on March 7, 1778.  The weather was particularly stormy on the day of the discovery (winds of 100 mph at the cape are not unusual).   This was the first geographic location named on Captain Cook’s voyage to the north Pacific coast.  Once accounts of this voyage were published, world interest was aroused and the fur trade followed.

There were no crowds this time of year; I can only imagine how busy these little coastal towns become in summer.  My main stop was at the Yaquina Head Lighthouse.  They had a wonderful visitor center, lighthouse that I was able to tour, and a marine tidal pool with a group of sunbathing harbor seals. The walls at the base of the lighthouse are a full 15 feet thick!  The lighthouse has been beautifully restored, and with the 93 foot climb to the top you can see the intricate Fresnel lens, which has been the guiding light for incoming ships since August of 1873.

Next stop was the city of Newport with it’s beautiful Yaquina Bay Bridge, opened in September of 1936.  It is one of the most recognizable bridges along coastal Highway 101.  I had fresh fish for lunch in Newport along the bay front.  Sea lions were out on the rocks and piers and entertained both locals and tourists alike with their constant barking and jumping out of the water!  I tried to capture some of the sea lions in photos, but they were just a little too distant for good pics with my camera.  Shopping on the bay boulevard is great.  I picked up a raku pottery art piece from Breach the Moon Gallery that is engraved with a redwood tree branch.  Every time I see it I am reminded of the beautiful large conifer trees that I love so much, and cannot grow in my beloved Texas (sigh).

For dinner I headed to the Tidal Raves Restaurant in Depoe Bay.  They had an unbelievable view, and equally good food.  I had the evening ‘house special’ of penne pasta with crab and shrimp.  They do take reservations, but make them early, because this place was busy the entire time I spent in Depoe Bay!